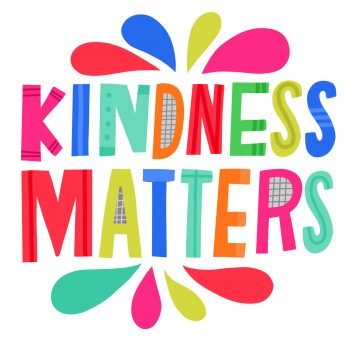 Kind. It’s the name of a snack company. It’s a synonym for charitable. It’s a homonym for a variety or type. But kind is often a misunderstood word. Being kind is not giving someone an empty compliment or pretending to be nice. It’s helping others because you want to, giving up your time, money, or belongings for the needs of others. To me, being kind means putting others first.

Through community service at organizations like The Giving Tree, I have learned how something simple such as a card or a breakfast bag can make the day of someone who is struggling so much better. When you willingly give up something for others, even just ten minutes or a dollar, you glow with pride and think about how happy someone might be to receive a gift such as a card. You begin to realize the conditions that some people live in and what others are going through and the kinds of dangerous, lifesaving work first responders do as they are willing to sacrifice themselves for the safety of others.

Today I would like to share with you a fictional story I wrote about a girl named C.J. who is reluctant to help make cards for children in the hospital but realizes the importance of using her talents to help others and learns how one person can make a big difference to someone else.

“But Mom,” eleven-year-old C.J. whined, crossing her arms. “I have much better things to do with my afternoon than make a card for some sort of charity thing!”

C.J.’s mother smiled patiently. “I promise, sweetie, you’ll be so proud of yourself for making this card.”

“Fine,” C.J. grumbled. She plopped down at the table, blew a strand of hair out of her face, and grabbed a piece of blue paper.

C.J. stared at the paper for several minutes, still frustrated that she was supposed to make a card for a child in the hospital. What kind of good could one simple card do anyway? She doubted it would be much.

Eventually, C.J. decided to draw a flower on the card. She was really good at drawing flowers, so much that it felt like second nature. She would doodle them in her notebooks during class, draw them on napkins during dinner, and create floral stickers for her friends and sisters.

As soon as she began drawing a flower, C.J. drifted off into another land. This was her happy place, her way of coping in her world and the stress it brought with it. Everything from minor tests at school to fights between her friends could be coped with by drawing.

C.J.’s flower turned into a bouquet of flowers, then a beautiful design of flowers sprawling across the cover and the first inside page of the card. She colored the flowers carefully, pouring a piece of her into each one.

Her mom walked over to her. “That’s beautiful, C.J.,” she admired. “You have such a talent for art! What do you want to write?”

Oh. “I have to write something?” C.J. said hesitantly.

She blew out and twirled a sparkly pen between her fingers as she thought. She still wasn’t thrilled with the idea of making a card and didn’t understand what it would do, but she might as well finish it while she was at it.

Dear friend, she wrote on the second page of the card. I hope you have an awesome day! DON’T FORGET TO SMILE!!! Your friend, C.J.

There. C.J. was satisfied. She stood up and forgot about the card until a week later, when her mom announced that they were going to go with a group to deliver cards at a hospital where her friend worked as a doctor.

C.J. groaned and pulled out one earbud. “But Mom!”

“This will be a good thing to do, C.J.,” her mother said encouragingly.

C.J. sighed, put her earbud back in, and told her friends that she had to get off the call.

At the hospital, her mom’s friend Joan smiled at C.J. from the front desk. “Hello, C.J. My, you’ve gotten so much taller!”

C.J.’s little sister Sophia butted in front of her, held up her pink card, and declared, “I’m Sophia Mackell, and I brought a card!”

C.J. waited until the rest of the group were ahead, then trudged along.

“The girl your card is going to is Elle,” a nurse told C.J., directing her into a hospital room. “Elle, this is C.J. Mackell.”

Elle was small and petite, with a hospital gown that was too big for. She was around the same age as Sofia and had straight blond hair and big brown eyes.

Elle smiled timidly and took the card with a shaking hand. She opened it and broke into the happiest grin C.J. had ever seen.

Elle looked up at C.J., eyes grateful. “Thank you,” she whispered.

And C.J. realized she meant it. In that moment, she also realized that one small card really could make a big difference.

As she walked out of the hospital that day, C.J. was grinning. She knew now she could make a big difference to someone else.

I hope you enjoyed my story about community service! Lately, I’ve been trying to do as much as possible to help others. I’ve donated some shoes and clothes to charities, and though that doesn’t feel like much, I know that to someone else, it will be. To me, community service means helping others and the planet. It’s so important because we should lift each other up to create a better world that we all love and cherish. Through community service, I have learned how to use my talents to help others. I am writing this blog today so I can encourage others to participate in community service. We all have different talents and unique abilities. We should bond together to create a better and brighter future for all of us.

In the story, C.J. learned what a difference just one person could make. So, imagine all of the differences we could make if we all worked together to help others! Because really, the only way to battle crises such as violence, mental and physical health struggles, poverty, and lack of resources, along with many others, is to BE KIND.

And together, we can do it.